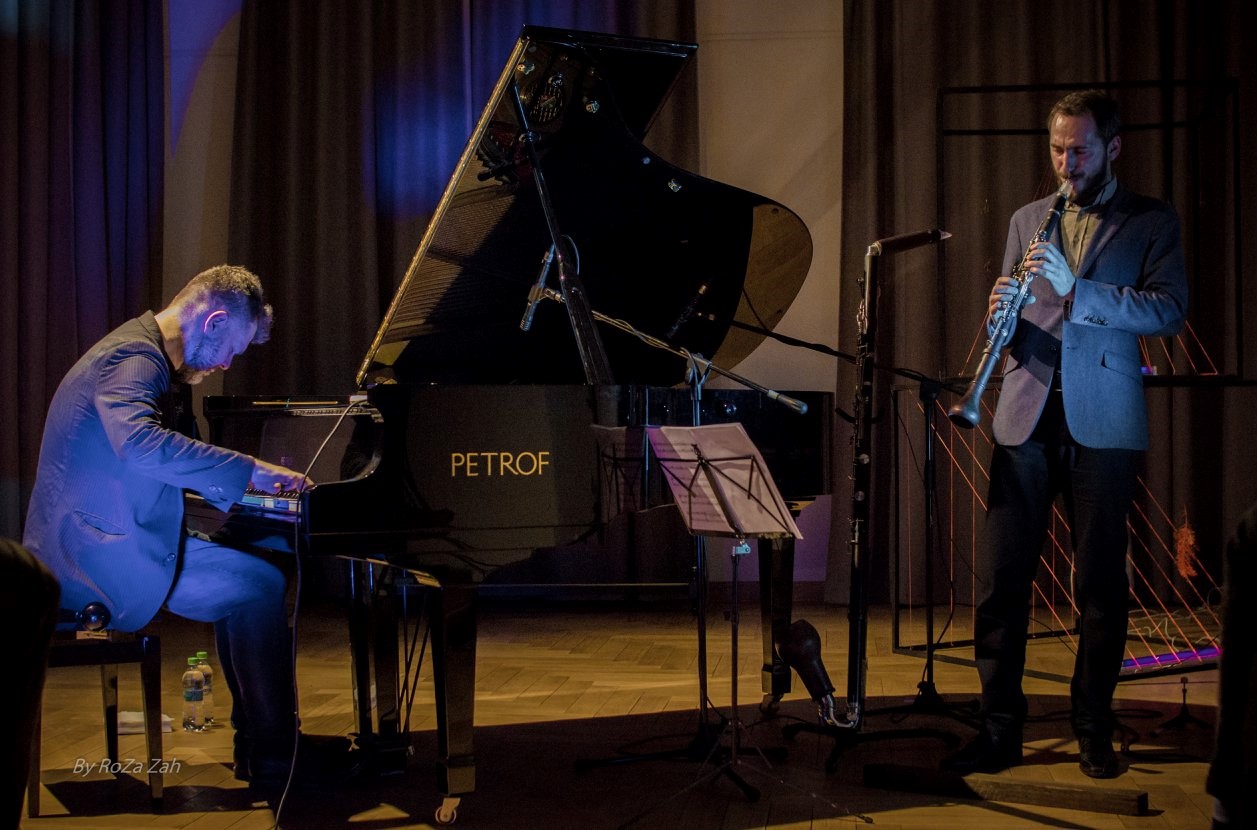 Featuring the New Work based pianist Lucian Ban and the internationally acclaimed clarinetist & composer Alex Simu, the duo project Free Fall introduces not only a first-time collaboration between two renown musicians but also a unique jazz & improvisation project dedicated to one of the great American jazz clarinetists – Jimmy Giuffre.
The duo’s tour premiered on 7 Feb 2018 with a sold out concert at the French Institute in Bucharest, and continued with performances in 4 different Romanian cities. All concerts received standing ovations from part of the audience.
After their Romanian success, Ban & Simu continue their unique collaboration, now introducing Free Fall to the international audience. 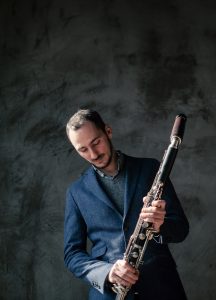 Alex Simu is an award-winning, internationally acclaimed clarinetist, saxophonist, and composer. Born in Romania, Simu followed a music education from a young age. In pursue of an international music career, he moved to the Netherlands at age 22, where he began his studies at the Prins Claus Conservatory in Groningen, obtaining a Bachelor degree in Jazz Saxophone, followed by a Masters degree from the Amsterdam Conservatory. In 2007 he received an HSP Huygens scholarship to study at the Manhattan School of Music in New York. In 2008 he was awarded the First Prize of the Utrecht Holland Casino Jazz Contest. The same year he won first prize of the Dutch Jazz Competition at the North Sea Jazz Festival in Rotterdam, and in 2009 was awarded with the EBU jazz scholarship, and became a member of the European Jazz Orchestra for the project Swinging Europe lead by Peter Herbolzheimer. After completing his studies, Alex Simu co-founded the Dutch-based quartet Arifa. Their debut album Beyond Babylon was released in 2010, followed by Anatolian Alchemy in 2012. Both albums were awarded the Best World Music Release of the year in the Netherlands, and distinguished with 5 stars by various publications. In 2017, Alex Simu released Echoes of Bucharest, his debut album as a band leader together with his quintet. The release at Bimhuis in Amsterdam was highly received by the national press.

Also a film music composer, Alex Simu has worked since 2010 on a great number of award-winning international film productions. In 2016, he was awarded with the Golden Calf by the Dutch Film Academy for the Best Music of Beyond Sleep, followed by the 2018 BUMA Award for the Original Film Score composed for Verdwijnen – Disappearance, and the 2018 Buma Award Best Original Composition in Documentary, for Back to the Taj Mahal Hotel. Since 2015, Alex is teacher of clarinet within the jazz and world music departments of the Codarts Conservatory in Rotterdam. He is active in the field of organology and clarinet synthesis, and has innovated the tenor clarinet, as well as brought into contemporary use the alto clarinet, clarinet d’amour, and the bass clarinet d’amour. 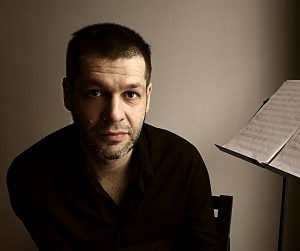 Called “A name to watch” by The Guardian, and “one of the most gifted pianists to move to New York” (B. Gallanter, Downtown Music Gallery), Lucian Ban is a NYC based pianist & composer known for his amalgamations of Transylvanian folk with improvisation, for his mining of 20th Century European classical music with jazz, and for his pursue of a modern chamber jazz ideal. His music has been described as “emotionally ravishing” (Nate Chinen, NYT/WBGO), a “triumph of emotional and musical communication” (All About Jazz), “Unorthodox but mesmeringly beautiful” (The Guardian), and as holding an “alluring timelessness and strong life-force” (Downbeat Magazine).

LUCIAN BAN was raised in a small village in northwest Transylvania, in “the region where Bartok did his most extensive research and collecting of folk songs” and grew up listening to both traditional and classical music. He studied composition at the Bucharest Music Academy while simultaneously leading his own jazz groups, and notes that his approach to improvisation has been influenced by “the profound musical contributions of Romanian modern classical composers like Aurel Stroe, Anatol Vieru and of course Enesco”. Desire to get closer to the source of jazz brought him to the US, and since moving from Romania to New York in 1999 his ensembles have included many of New York’s finest players all the while maintaining a worldwide touring schedule.

He has recorded 14 albums as a leader for labels such as ECM Records, Sunnyside, Clean Feed, Jazzaway, CIMP, etc. In 2013 ECM records releases “TRANSYLVANIN CONCERT” his duet with violist Mat Maneri. His 2nd album with ELEVATION “Songs from Afar” featuring Transylvanian traditional singer Gavril Tarmure was released by Sunnyside Records in 2016 and was a DOWNBEAT BEST ALBUM of the YEAR receiving a 5* review. In 2017 Clean Feed Records releases SOUNDING TEARS featuring Mat Maneri, Lucian Ban and legendary saxophonist Evan Parker.