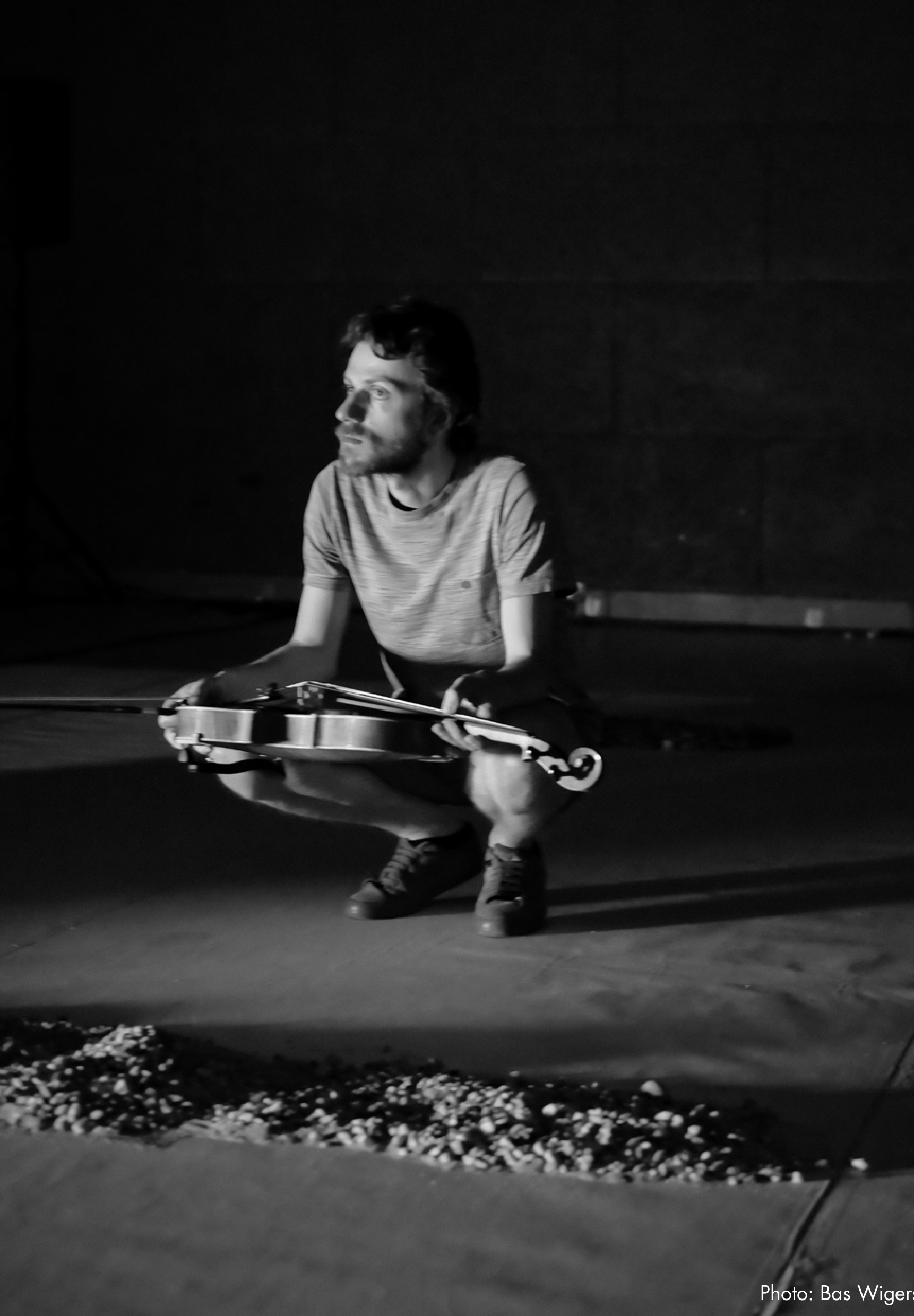 Monk on viola aims for a meticulous and complex adaption of Thelonious Monk’s themes through spontaneous and emergent improvisation. An organic exploration of sound with guitar pizzicatos, extended techniques, double harmonics, microtonality, and hypnotic repetitions.

George Dumitriu is a master of a rich musical language rooted in jazz, classical music, live electronica and free improvisation. Equally proficient on electric guitar and violin, Dumitriu focused the past three years of his musical exploring a new instrument, the viola. Becoming acquainted with the instrument by performing works of Ligeti, Bach, Enesco, Shostakovich and Khachaturian, as well as improvising freely, Dumitriu developed a unique approach to playing.

“George Dumitriu is a wizard. With wood and strings he evokes delicate fabrics in every conceivable pastel shade. He directs you into a hallucinatory world where everything is light and peaceful.” – Eddy Determeyer, Draaiomjeoren

As leader of DUMItRIO, he released the albums Proverbe (TryTone 2017) and Future Nostalgia (FN 2014), and is featured as sideman on many other releases. With insights into education, George Dumitriu is guest guitar teacher at the Conservatorium of Amsterdam, and guest viola teacher at the Prins Claus Conservatorium Groningen.